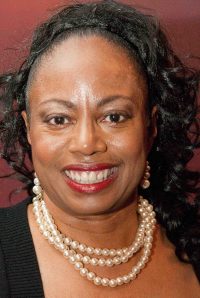 THEHIPHOPDIVA.COM had the honor of speaking with Cynthia Horner and am very pleased to share the conversation with you.  Enjoy!

HHD: What led you to begin writing at such a young age?

CH: It’s because I liked reading.  I started reading when I was about two and my parents would have me in a grocery cart at the stores.  I would always try to grab things to read up front.  One of the magazines I used to always try to grab a hold of was Reader’s Digest because it was really small.  It was something that my little hands could fit around.  Of course Reader’s Digest was too advanced for me.  Once I got to school, instead of just repeating stories that I was already reading I made up my own.  That’s basically how my career got started.  My parents made sure that I was able to be involved in different creative writing classes.  I started winning all of these different awards and certificates.  At that point I was hooked.

HHD: How did you become the Editorial Director at Right On! magazine?

CH: I had gone to school for journalism.  I attended Pepperdine University and graduated from there and I couldn’t find a job.  I went to an agency that found jobs for writers and I kind of just landed the job that way.  I walked through the door of the building and the people said, “She’s perfect for the job.”  They put me through training, I didn’t get that job right away.  I worked from the ground up from being in the mailroom and being an assistant to various people so I could kind of learn the ropes.   I had to make sure I went through all of the files on all the celebrities and memorize information on their background, like their bios and things like that, so that if I met these people I would be kind of up on what their accomplishments were.  That’s kind of how it happened.  They knew that I had extensive writing experience and I came highly recommended.  I had all kinds of people that wanted to make sure that I succeeded in life.  They would write reference letters for me and put in a good word whenever they could.  Everybody just wanted to help me because they saw that I was passionate about what I do.

HHD: What do you consider your greatest reward from writing?

CH: The fact that other people want to be like me.  One journalist was asked to describe me and she said, “Cynthia Horner is like the Michael Jackson of journalism.”  She said this way before he died.  I feel like I have touched so many lives although I’m not done yet.

HHD: What have you enjoyed most as Editor at Large at Hip Hop Weekly?

CH: What I enjoy is being able to interview so many different types of people.  Working with Hip Hop Weekly is very different from working with Right On!  With Right On! I was dealing with mainly younger artists.  With Hip Hop Weekly I get to interview just about anybody as long as they fit into the magazine.  For instance, I do a lot of interviews with people who are in film and I enjoy that.  In the past when people would ask, “Who have you interviewed?”, so many were newcomers it was hard to explain who they were.  With Hip Hop Weekly you’re dealing with artists who are much more established.  I really love working with Dave Mays.  We learn a lot from each other.  He founded The Source with Benzino, and it’s really cool to interact with people and exchange ideas.  We challenge each other.

HHD: What do you think is the current state of the female rapper?

CH: It’s not good, I’ll tell you that.  It’s kind of sad.  I’m still covering the same rappers because there hasn’t been very many that have emerged.  The fact that I’m still interviewing with MC Lyte — I love MC Lyte to death, she’s a rap icon and so is Queen Latifah.  When you’re a woman you always have to do better than a man.  I think that a lot of people are discouraged.  There are a few who have recently made the scene like Nicki Minaj.  She’s of course tied with Young Money Entertainment so of course that’s a fantastic opening for her.  I think that most females if they’re going to go off into the entertainment industry, they figure they’re better off as singers than rappers.

HHD: Who are your favorite hip hop artists and why?

CH: Jadakiss, definitely.  Busta Rhymes, definitely.  Missy Elliott, of course.  Those are some of the people I enjoy the most that are still putting out music.  I really respect Kanye West. I think that he has showed a lot of diversity.  I like the fact that he’s branched out and he’s not doing just hip hop music.  He’s in the fashion world, he’s been designing , he’s been interning.  I think that’s really great because at the end of the day we don’t really know what’s going to happen to the music business.

HHD: Who would you consider as the top three most influential female contributors to hip hop and why?

CH: Queen Latifah is definitely a fantastic contributor because Queen Latifah was one of these people that always considered herself a queen.  She did not sell herself out.  She did not get involved with a bunch of men or anything like that.  She did not get her name and reputation dragged through the mud.  She always set very, very high standards for herself.  I think that has caused her to rule over so many different areas in entertainment.  Beyonce has opened a lot of doors because of course she’s extremely beautiful.  She’s also very focused.  She’s somebody who has been a role model for young women all over the world.  She has that global attraction.  I’ll say Missy Elliott, because Missy Elliott is a producer and a recording artist.  She’s been responsible for the careers of so many different people.  She always has her pulse firmly on what’s hot, what’s going to be hot.  She’s also an icon because she doesn’t have that traditional appearance.  Missy Elliott gave my little cousins the incentive that they could be something because she didn’t fit any particular profile.  She was really good at what she did — lyrically, she had fantastic concepts for videos.  She gave us a broader picture of what a female hip hop artist could be.

HHD: What sets hip hop journalism apart from other forms of journalism?

CH: I think we get a little more leeway in what we cover.  If we were just covering R&B artists, or actors, or whatever I don’t think it would be as interesting.  All these hip hop artists, they have so much flavor.  There’s so much diversity within hip hop.  A lot of these poeple that we interview have so many interesting stories.  They’re lyricists and they come from all the different regions in the country.  A lot of these people in these other genres of music or other professions, they  just want to stick to one little story.  They don’t really come outside of their box.  Hip hop artists are so colorful, you can really run with these stories and do something with it.

Check out Cynthia Horner at www.cynthiahorner.com